After the San Diego Chargers announced their 53 man roster yesterday, the common response was there was a lot of "dead weight" on the squad. That's not to say that there was a lot of bad players, but there are players on the 53 man roster that still are not expected to be a part of the 2010 Chargers squad. They're currently seen as "place-holders" as AJ Smith looks through the list of new FAs for a replacement for them.

It sounds to me like the team might be looking to add a WR, a LT and maybe even a veteran RB, while trimming some fat at CB and LB. Let's take a look and see if we can't find some new names on the market that might pique their interest. 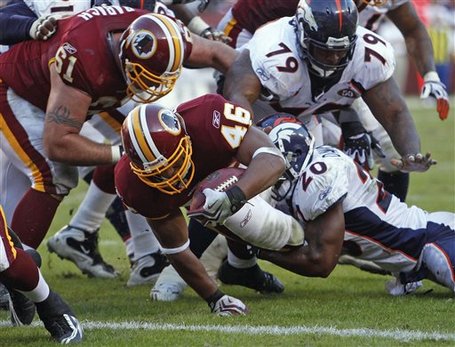 I've had an eye on Betts for a few years now because a friend of mine is a Redskins fan and always seemed pretty excited about him. I don't blame him, in the only season that Betts got more than 93 carries, his line looked line this:

That is not bad at all. Betts is similar to what Michael Bennett has been for the Chargers the last few years. He is a veteran (31 years old) without a lot of mileage on his legs (776 career carries, or roughly 2 seasons for a starting RB) who carries himself like a professional and offers a better package to replace Ryan Mathews as the starter than Mike Tolbert and Darren Sproles (who are each too one-dimensional), should the rookie get injured.

Betts went to New Orleans to backup Pierre Thomas, but lost his spot on the roster when he was out-performed by Chris Ivory (who you'll remember as the kid who made the Chargers defense look absolutely foolish several times). As happy as the Chargers are with Sproles catching ability and speed around the corner, and Tolbert's blocking/catching/power-running, I'm left thinking the team would like someone than can do a little of both and has some starting experience on the roster. Betts is a perfect fit for that. 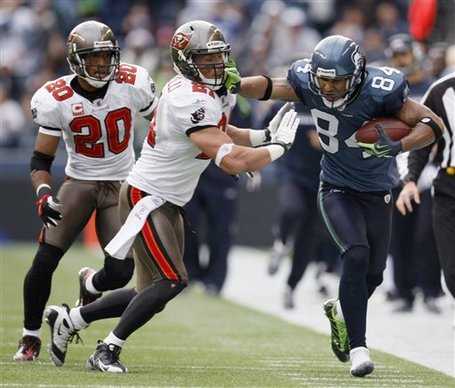 Lord knows the Chargers love players with hard-to-spell last names. Also, I don't think this team is ready to go into the season with 4 WRs....even if Antonio Gates and Randy McMichael can fill in. I think the San Diego front office started looking at just how much experience they had at WR and started to worry a little bit, especially when it became obvious that Josh Reed wasn't what they were hoping for.

Housh's history is not difficult to figure out. He's a solid #2 NFL WR, and in a good passing offense he will put up big numbers. He has good size, great hands, runs tremendous routes, and his speed isn't terrible. If you make him the #1 WR, with almost no weapons around him, and put him in an offense that has no running game and a QB who never seems healthy it's going to be a disaster and it pretty much was in 2009 (compared to the raised expectations). Let's look at his performance as a #2 and #1 real quick:

T.J. has always been viewed as a smart, humble guy. I think he knows that trying to get a #1 WR job somewhere in the NFL could result in the same problem he had in 2009, so I think he's going to look to land a #2 WR spot on a team that has a solid QB and solid gameplan. If he values performance over money, and will take a small contract for a year or two, he would fit in very well in this offense. That would push Patrick Crayton to the slot receiver role (where he probably belongs), Legedu Naanee back to the 4th WR role (until next season when Malcom Floyd probably leaves) and Buster Davis back to the inactive list. Basically, if T.J. becomes a Charger it says that the team is going all-in on this season. A receivers group of Gates, Floyd, Housh and Crayton (with Naanee being the first guy off the bench in case of an injury) would probably be enough to make even the critics say "I guess they don't need Vincent Jackson."

Jon Jansen (Apparently there are not a lot of pictures of offensive linemen these days. Who knew?)

The Chargers have seemingly fallen in love with veteran offensive linemen as backups. I believe this started with Jeremy Newberry and Kynan Forney, and the trend has continued with Jon Runyan and Tra Thomas. These guys are great in the locker room, as they can really help teach the kids some tricks, and are great to have as backups if you need them. There's been rumors of Jansen considering retirement after being cut by the Lions, which means he's probably ripe for the cheap one-year "Come live in San Diego!" deal that these guys have been taking with San Diego.

Jansen has played 11 NFL seasons, 10 with the Washington Redskins, and is a solid player. The only thing that might keep him from being offered a contract by the Chargers is that he's played RT almost exclusively in the league, and they might be looking for someone with experience at LT. Still, it's slim pickings out there for a veteran OT with experience, so I wouldn't be surprised to see Jansen roaming the Chargers' sideline this season.