Power Rankings From Around the Web: Week 3

Share All sharing options for: Power Rankings From Around the Web: Week 3

Another week goes by, and another set of lists come out.  That means it's time for me to fire up Excel and start analyzing where all 32 teams in the NFL stand.

The story of this week is "jumping and falling".  Tons of teams are jumping up in the rankings (Texans, Bears), while others are falling fast (Cowboys, Vikings).

Because this is a Chargers blog (and I'm a Chargers fan), I tend to focus on what people have to say about the Chargers. Here are a few notable quotes I've gathered.

While the absence of starting WR Vincent Jackson continues to be magnified, the issues for the Chargers really are on the defensive side of the ball.

Did he not watch the game this past Sunday? -- Ed

Maybe the Chargers think that turnovers will sell tickets.

The Chargers won impressively at home against Jacksonville and still managed to fall a couple notches. Sorry about that, Bolts. These things have a way of working themselves out in time. San Diego stays on the West Coast this week, at Seattle. In fact, the Chargers don't venture further east than the Central time zone until a Thanksgiving weekend trip to Indianapolis, and won't play a game on the East Coast this year. I read that as a very good development for Norv Turner's streaky team.

Make the jump to see the charts. 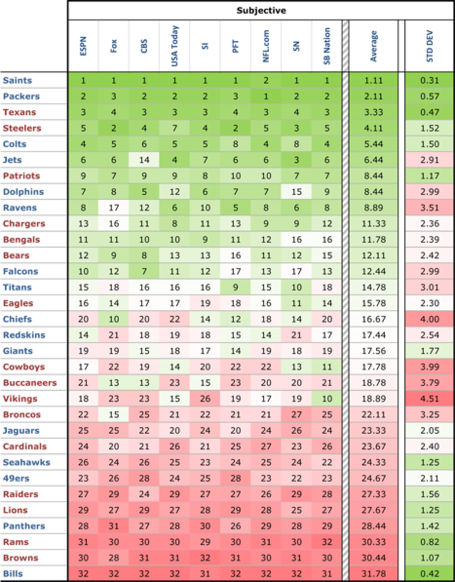 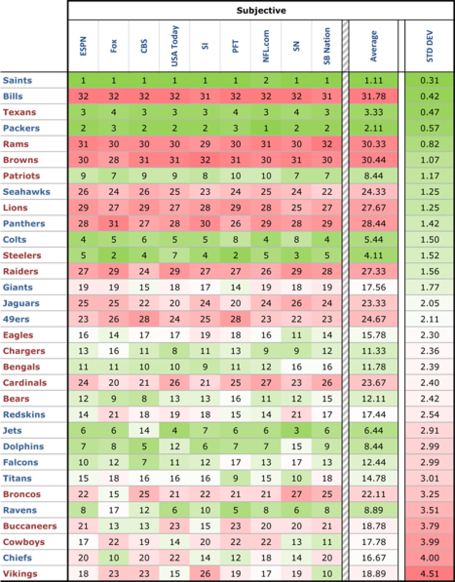 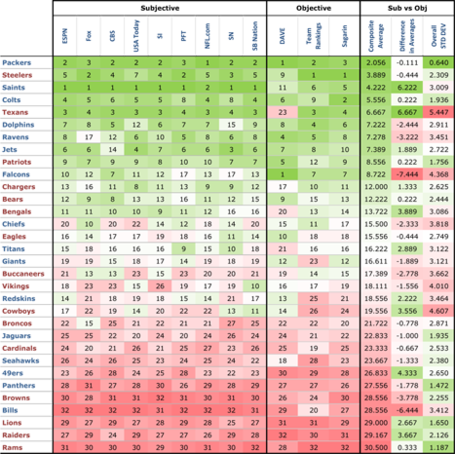 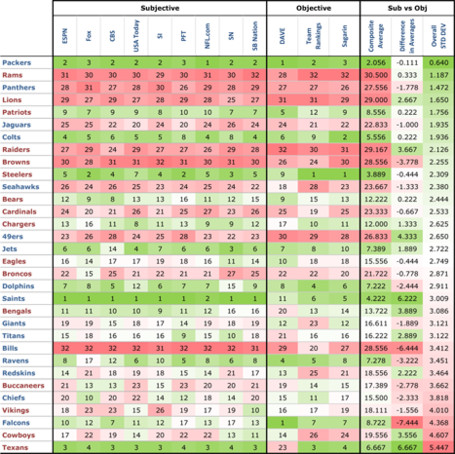 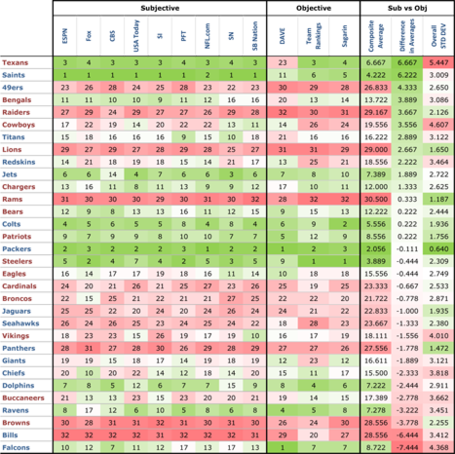