Power Rankings From Around the Web: Week 2

Share All sharing options for: Power Rankings From Around the Web: Week 2

Is it just me, or did this week go by much faster than many others?  Week 1 is in the books, and we're finding that some teams didn't live up to their pre-season hype, while others far exceeded their expectations.  In other words: it was a normal week 1 in the NFL.

Nobody likes to dig themselves an early season hole quite like the Chargers, the team that can't stand prosperity. I have an editor (and you know who you are) who told me the Chiefs would be fired up and primed to upset San Diego in their Monday-night opener, and it happened just like he said. I guess he didn't inform the Chargers, because they looked quite surprised by the whole turn of events. (And if you're wondering why Kansas City isn't ranked ahead of San Diego this week, go get your own set of power rankings).

This is what happens when you lose a team that's won ten games in the last three years. The Chargers will rebound and they're still the favorites to win the AFC West.

Enough blabbering, BRING ON THE CHARTS! 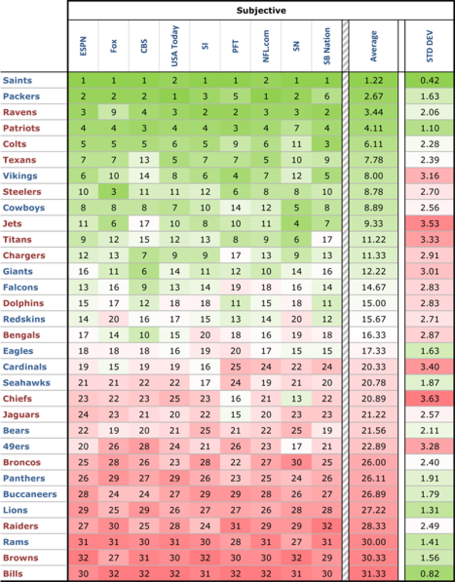 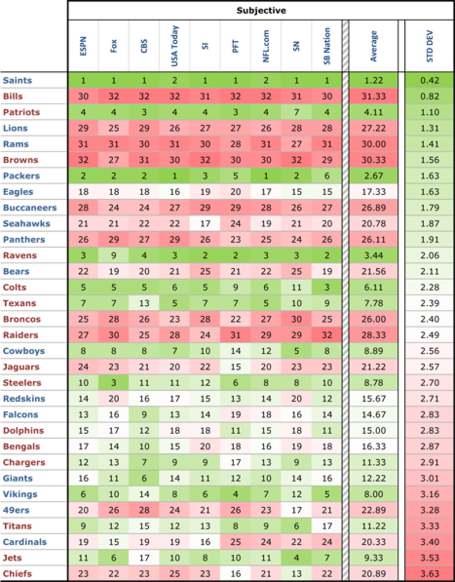 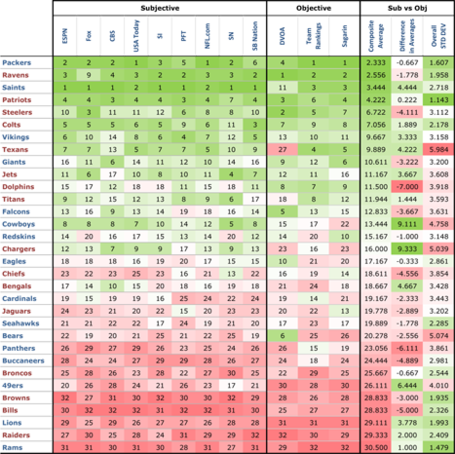 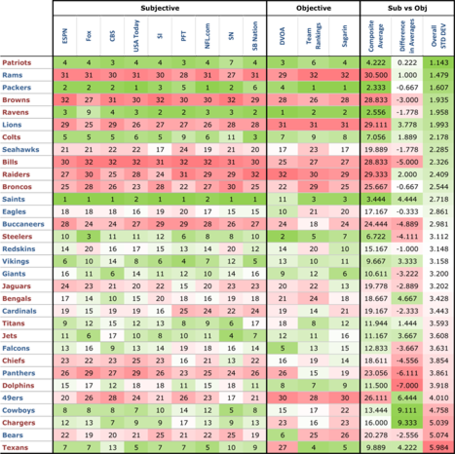 Subjective vs Objective - Difference in Average 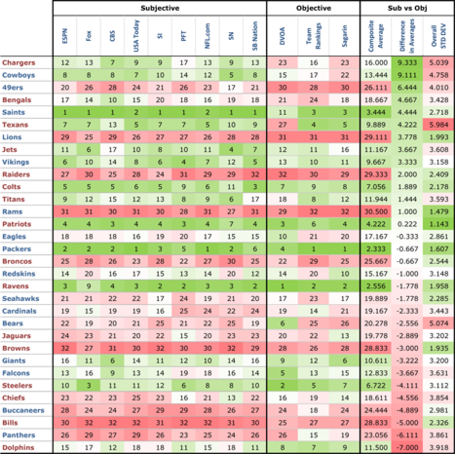