According to Jason Cole:

This is kindof funny/ironic to me, because the other day in his report from Chargers Training Camp Kevin Acee hinted that perhaps trade talks between these two teams might heat up after they play each other. The insinuation was that the Chargers wouldn't want to play against Vincent Jackson if they didn't have to, although perhaps that was just the way I heard it.

After thinking for a moment, I checked the Chargers' schedule. "Wait a second! These two teams play in Week 3!" How many games was Vincent Jackson suspended again? I would need my calculator for this one: 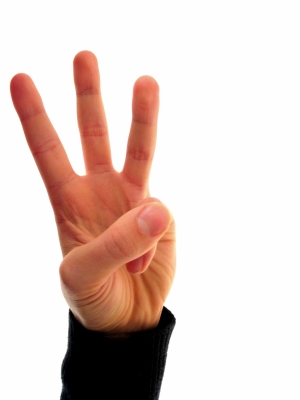 THREE! That means even if the Chargers traded Vincent Jackson to the Seattle Seahawks right this very second, the only chance they'd have of playing against him would be in the Super Bowl or in 4 years from now when he's probably going to be terrible.

I'm a genius for figuring this out, and I promptly explained my logic to nobody at all....which definitely got back to A.J. Smith, who undoubtedly slapped his forehead and said "Of course!" before picking up the phone and calling the Seahawks GM.

Anyways, this means little at the moment except for the fact that the Chargers don't see the Jackson situation going anywhere. The two teams still need to come to terms on agreeable trade terms (the Broncos got a two 2nd round picks from the Dolphins for Brandon Marshall, so that'd be a good place to start) and the Seahawks need to give Vincent the years/money he wants for this thing to even have a chance.

I hear somebody on the Seahawks roster is pretty excited about this development, though. 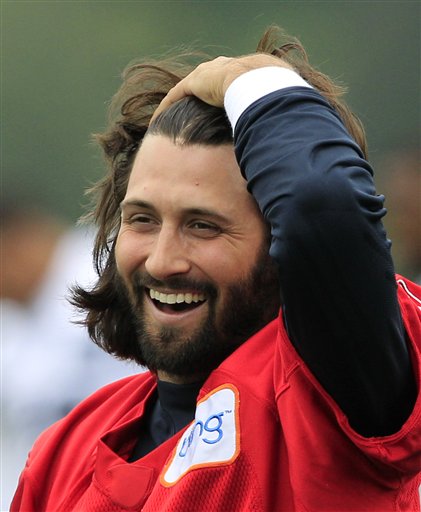 "That dude with the chinstrap beard? No way!"

According to league sources, a stalemate has been reached because Jackson’s agents are asking for $30 million guaranteed on a five-year, $50 million contract.

The same sources said the asking price from the Chargers is a second-rounder.