At the last minute I was able to get off work and take in the final open practice.  I had to park a fair distance away, so I missed the opening.  There were much fewer folks than in the opening practice, so I was able to move around a bit.  It looked like they were working running plays and checking out the younger receivers.  Crompton got picked several times and didn't look sharp.  Malcom Floyd got wide open on a streak early, that was pretty much his only play.  I'm not sure if it will help on the field, but the Defensive line definitely looks like a tight knit group to me. 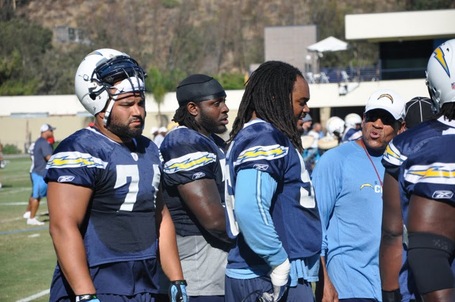 I think Garay must have missed lunch though. 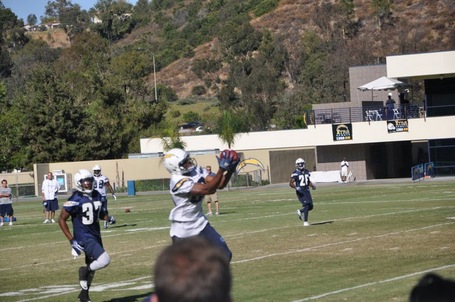 This was a tough over the shoulder catch by Ajirotutu; he looked fluid and capable throughout practice.  He has a nice height and check out the separation he got here. 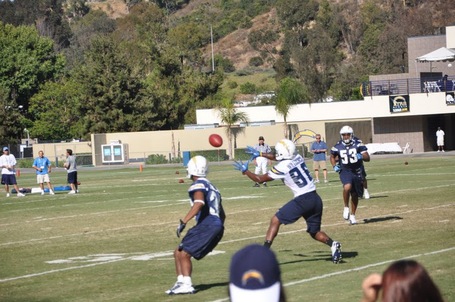 Williams also looked comfortable and smooth in the practice.  He did end up dropping what should have been a TD catch later though. 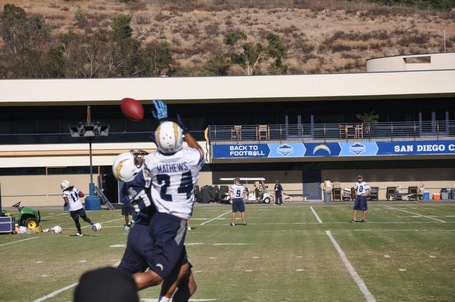 This was a deep pass to Mathews who makes a good attempt here, but Lang goes stride for stride and blocks it away at the last second.  Lang is 6'3 and 266, this is some damn fine coverage out of a linebacker. 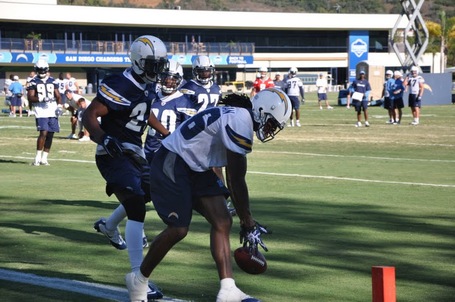 Cason played lights out the whole practice, this is Goodman dropping a pass that Cason got a hand in on.  I felt bad for Goodman, he had dropped an easy one earlier too, with Williams and Ajirotutu playing so well I'm not sure he makes it.  He did have a nifty punt return later, so maybe he can turn it on in the preseason games. 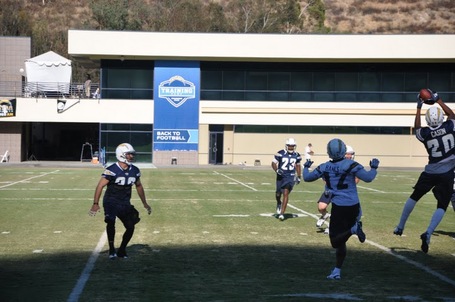 Here is one of Cason's two picks, you can see I'm thinking Banks is getting this; this was an athletic play. 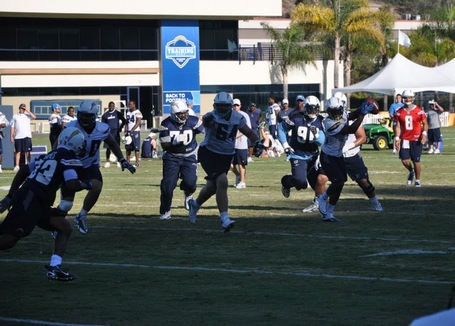 I always like a shot of a lineman pointing out who to block. 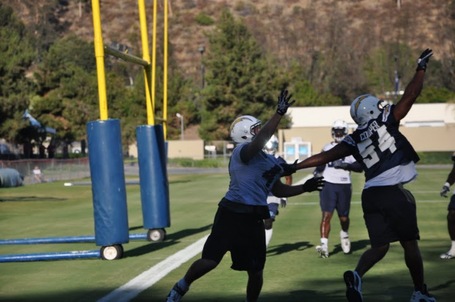 Coop!  Methinks you have just a bit o' jersey here! 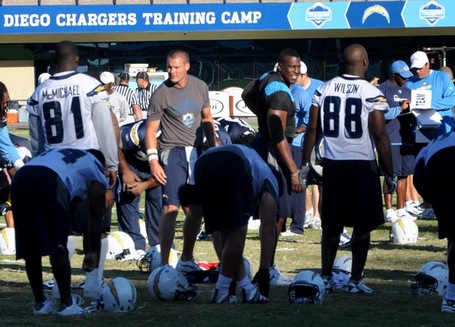 There was something about the posture of Gates and Rivers here that I liked; you can feel that this is their team now. 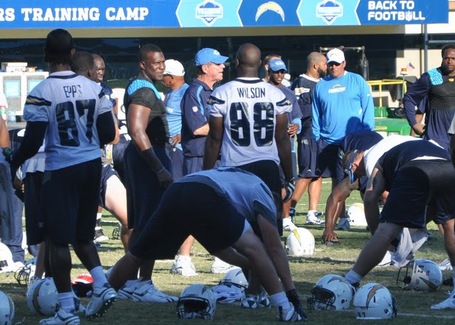 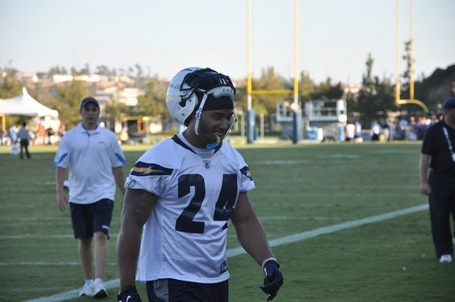 Mathews was the first guy over to sign autographs and the last guy to leave, very cool.  He needs to loosen up a bit though, he doesn't talk or interact at all. 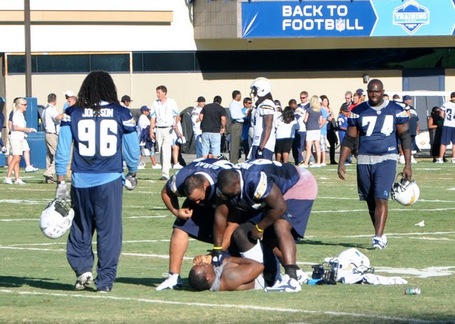 I'm not sure what was going on, but Garay and Nwagbou had a little discussion after practice, I think with Tolbert.  Johnson was hovering over him for a bit too.  Cesaire is coming up in the background to make sure it doesn't get out of hand. 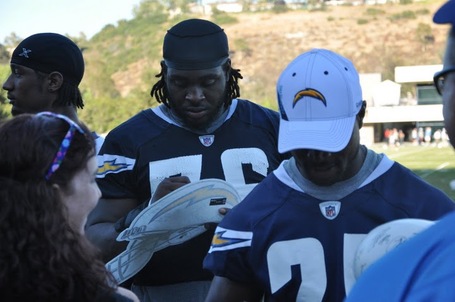 Cam Thomas was great signing autographs and talking and laughing with the fans.  They seemed to designate the new guys to go out, I was a bit surprised none of the Grognards came out at all.  Now we just have to wait it out until the tape delayed game against DaBears is on Saturday night.