With the Chargers left tackle, Marcus McNeill and wide receiver, Vincent Jackson both holding out for long term contracts, it seems that there is no good way out where one side does not end up losing face.  Both sides have legitimate concerns that seem intractable; is there a creative way out of this standoff? 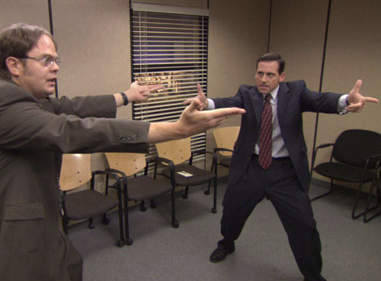 The Chargers issues center around the uncertainty of the next Collective Bargaining Agreement (CBA).  With the expiration of the agreement this year and preparations for a lock-out next season, the idea of getting locked into long term contracts with their Pro Bowlers is a risk.  Will teams that spend a lot during this uncapped year have to pay the piper?  If a new CBA includes a cap, will the Bolts be stuck when other talents come along?  The fact that they can put off this decision with the tender offers makes business sense.  Also if the agreement ends up looking like this uncapped year, that leaves the Chargers with two useful franchise/transition tags, they could potentially keep both players even if neither signs.  Finally, the Chargers really should rework tight end Antonio Gates' contract first, since his contract expires at the end of this season; if they bow to this type of holdout it will just lead to more holdouts.

The players have legitimate concerns too.  Football is a violent sport, both holdouts are playing at a level that should earn huge multi-year contracts.  From Vincent Jackson's viewpoint he has just watched receiver Brandon Marshall of the Broncos get a 47 million dollar contract for five years by behaving like an ass and getting traded.  Jackson has also struggled with injuries early in his career, so he is aware of just how fleeting an NFL career might be.  One bad hit on a knee and he could be losing out on that huge payday.  While he has had the two DUI's and the bone headed penalty in the playoff game against the Jets last season, he has become a spectacular down-field threat for Rivers.  If Jackson played this season he would have gotten 3 million, but next to the likely 10-20 mil guaranteed money that is small change.  Would I give up the security of a big money contract for three million dollars?  I'm honestly not sure.

Marcus McNeill has been a three time Pro Bowler as a second round draft pick.  He has been a phenomenal player for the Chargers from day one.  While his run blocking has been sometimes uneven, he is rock solid in protecting Rivers, the Chargers all important franchise quarterback.  Wonko wrote a great post about teams that play at a high level without a franchise left tackle, it is still better to have one.  McNeill has the added bonus of being a good citizen, not only avoiding off-field incidents, but conducting kids programs on his own time.  Apart from the holdout he has been the ideal player.  He too has seen how fragile even he can be when he slipped in a drill and ended up spending the beginning of last season on the bench with a neck injury;.

So the question is how do you let the Chargers not give out a long term contract in this chaotic business environment, while also providing some level of security for the players against being injured.  Since we are talking about accidental injury, the obvious answer is insurance.  The cost of a disability insurance premium for a football player is about $15,000 per $1-million of coverage.  20 million dollars of coverage would cost about $300,000.  This contract would be a bit unusual and could be more, but my understanding is that LLoyd's of London will do almost any kind of policy.  If the Chargers were to buy two policies it would add roughly $600,000 of cost to their payroll, but allow them to keep two Pro Bowl caliber players, and have the shot at signing them to long term contracts when this season is over.  The Chargers would also need to back off lowering their salaries and let them play for the roughly three million they were slated to earn before the signing deadline passed.  Why might this work?

Everyone is going to have to eat a little crow, McNeill and Jackson don't get the long term contracts they have demanded and play the season at a discounted contract price.  The Chargers have to back off their reduction of the contracts and eat an additional $600,000, or perhaps more, in insurance fees.  The upside of this solution is that everyone gets what they need.  The players can play without worrying about putting that huge payday in jeopardy, and the Chargers get to have their Pro-Bowlers at a discount for the whole season and maintain enough good will to have a shot at negotiating the long term contracts.  So AJ, Marcus, VJ; grab a conference room and hug it out bitches. 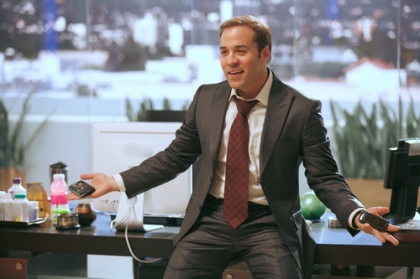