Share All sharing options for: Helping Shaun Phillips for Charity

Let me make this clear to any and all members of the Chargers organization that read this blog (I know you're out there!): I am a sucker for charity. If you have a charity or are pushing a charity and would like to get in front of the large, and giving, BFTB audience with it....just drop me an e-mail. Any time I feel I can help out the community while remaining seated behind my desk, I'd be a fool not to do it.

So a few days ago I was contacted by Cerena from OpenSky about promoting a charitable move by Shaun Phillips, who will be selling peanut butter to benefit a nonprofit organization that helps after-school programs. Shaun stopped by a homeless shelter yesterday and made hundreds of PB&J sandwiches for the people there to kick off the program. You can read all the details, find out how to play your part, and read quotes from Shaun after the fold.

Using OpenSky's Selling Platform, Phillips Seeks to Raise Funds via Twitter and his Website through Sales of Organic Multi-Nut Butter

SAN DIEGO, CALIF. - June 22, 2010 -- Chargers Linebacker Shaun Phillips today (Editor's Note: yesterday!) launches a new initiative to raise funds for after-school learning programs nationwide with the launch of his partnership with online marketplace OpenSky (http://shaunphillips.theopenskyproject.com/). The linebacker and philanthropist will begin to use the OpenSky platform by selling his favorite peanut butter, NuttZo, to benefit After-School All-Stars, a nonprofit organization that provides free after-school programs to nearly 80,000 children across the country. As the first member of his family to graduate from college, Phillips was inspired to raise funds for After School All-Stars to enable other kids find their way to higher education.

Phillips and students at Montgomery Middle School will kick off the fundraising effort today by making hundreds of NuttZo and jelly sandwiches for The San Diego Rescue Mission, a local homeless shelter. Using Twitter to spread the word about his new initiative, Shaun will donate $5 to charity for every NuttZo purchase by Charger fans and others around the country. Fans can visit http://shaunphillips.theopenskyproject.com/nuttzo-one-or-two-pack-for-charity-for-shaun-phillips.html to purchase NuttZo and help support After-School All-Stars. Shaun will continue to curate a collection of his favorite products at http://shaunphillips.theopenskyproject.com/.

"My Twitter following and website give this effort a national audience, and by leveraging the OpenSky platform, we will raise funds for a really great cause," said Phillips. "It makes perfect sense to me that I can sell a product that I love to raise money that can directly help kids succeed in the classroom and get the skills they need to continue their education in college."

Phillips' love of peanut butter began when he needed to gain weight to play football at Purdue University. At only 215 lbs, he needed to reach at least 250 lbs. to play a position such as linebacker. Phillips would eat a peanut butter & jelly sandwich every night before he went to bed and has been hooked on them ever since. Peanut butter helped Phillips achieve his dreams of becoming one of the best linebackers in the NFL!

OpenSky enables everyone from celebrities to popular bloggers to offer the products they love directly to their fans. OpenSky provides the platform that lets Sellers easily sell their favorite goods without worrying about inventory, customer service, tracking or transaction technology. Suppliers can tap into OpenSky and meet Sellers who already command a large audience - creating a new and powerful distribution and feedback channel for businesses. In fact, Danielle Livolsi, the San Diego-based founder and producer of NuttZo, an Organic Omega 3 Multi-Nut Butter, has been on the OpenSky platform since it launched earlier this year in beta. NuttZo's brand recognition has expanded within the past year, due in part to OpenSky's mission to help creators of unique products find passionate advocates for their brands.

About OpenSky
OpenSky is unlocking the power of ecommerce and relationship-based shopping for anyone who has an audience and a passion to share. OpenSky recognizes the trusted relationships that exist online and off and provides an easy way for people to share the things they love with their fans. For consumers, OpenSky provides a convenient way to buy directly from the people they follow and trust online. Led by a team of experienced retailers, marketers and technologists from Target, Gilt Group, Zappos, Ligit, Portero, MeetUp, About.com and KickApps, OpenSky is proud to be headquartered in New York City with people using the OpenSky platform around the world.

About Shaun Phillips
In the last five NFL seasons, linebacker Shaun Phillips has established himself as one of those confident yet understated work horses. He does his job effortlessly, while opponents study him nervously across the line of scrimmage. He seamlessly stepped into his role with the San Diego Chargers and made an immediate impact with 11.5 sacks, the second most by any lineman in the league. No doubt, this "secret" NFL talent is becoming a household name and in 2009 he was able to prove that with 59 tackles and 7 sacks. Phillips was selected by San Diego in the fourth round of the 2004 NFL Draft and described as a "steal" by the Chargers front office. He finished his collegiate career as Purdue's all-time leader in sacks with 33.5, and was named a second-team All- American his senior year. He has unquestionably exceeded the expectations that usually accompany a fourth-round draft pick. Phillips is a stellar pass rusher with explosive reaction and an incredible knack for harassing the quarterback. But he is not content to leave his accomplishments where they stand, and he continually strives to improve himself both on and off the field.. He enjoys directly communicating with fans in social networks and has an active presence on Twitter with more than 359,000 dedicated followers.
Follow Shaun on Twitter: http://twitter.com/shaunphillips95
Shaun's Official Website: http://www.spf95.com/f2/index.html 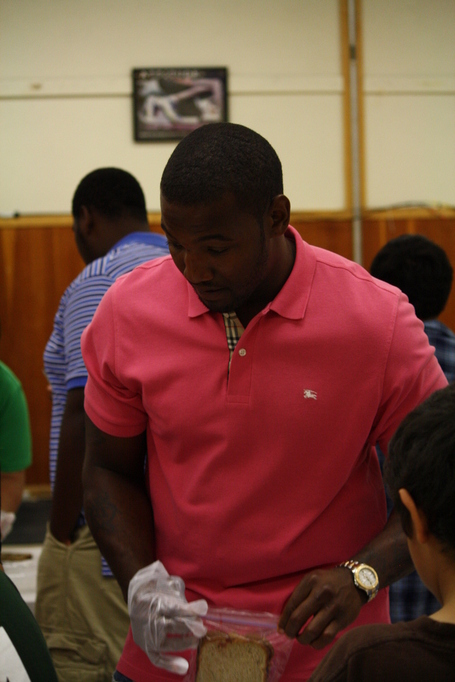 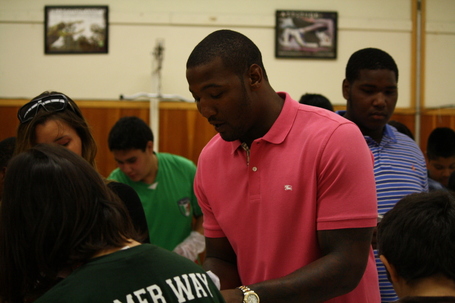