Share All sharing options for: Stadium Thoughts and Musings: Part 2 - Not Here...

The biggest difficulty facing the San Diego Chargers and their efforts to get a new stadium built has been, more than anything else, the lack of a firm location.  You can't seriously discuss financing a new stadium, discuss parking issues, making adjustments to the infrastructure, and holding a public vote, until you know where you're going to put a stadium.

The previous article about Chargers' stadium business took a look back in time at their previous and current home fields.  Today, I will be looking at sites around San Diego that have been discussed, some in much greater length than others, and will attempt to provide a few thoughts about why these locations did not work out.  I have omitted some proposals, including the 10th Avenue Marine Terminal - because the Port of San Diego is adamantly opposed to such a proposal, as well as a site in Escondido - which is on hold pending the result of a study in downtown San Diego.

Some of these locations were not much more than pipe dreams and speculations, while other locations were killed by political opposition and/or infighting, and a bad economy.  More below the jump 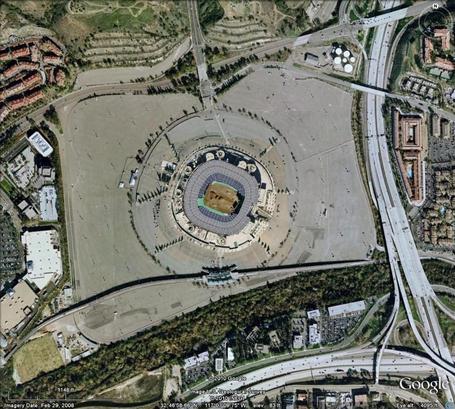 Beginning in 2003, the Chargers began in earnest to try and place a new stadium at the Qualcomm Site.  Per recommendations made by the Citizens Task Force on Chargers Issues Final Report, the plan was for the San Diego to lease the 166 acre Qualcomm site to the Chargers.  In exchange for this lease, the Chargers would pay for the costs of a new football stadium, expand riverfront parks along the San Diego River, and retain the rights to commercially develop other portions of the site with commercial, retail, or residential properties (see image below). 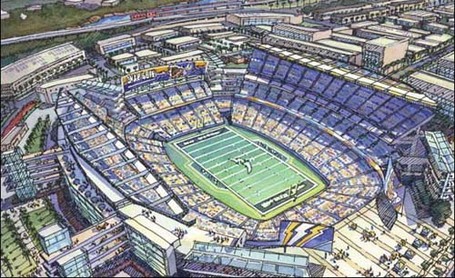 It's important also to note that the "Ticket Guarantee" negotiated as part of the Stadium Expansion and Renewed Lease in 1995 had only allowed the city to make net revenue of $4.3 million from the period of 1997-2002 ($35.8 million in rent against $31.5 million lost for guaranteeing "sell-outs:), while paying at least $10 million annually in operational costs and required maintenance.  The lease was renegotiated in 2004, getting rid of the "Ticket Guarantee" and pushing the Chargers' "Escape Clause" back to 2007.

This proposal was abandoned by the Chargers in January of 2006, due to financial problems in San Diego, and lukewarm (at best) public and political support.  This forced the Chargers to look at other locations. 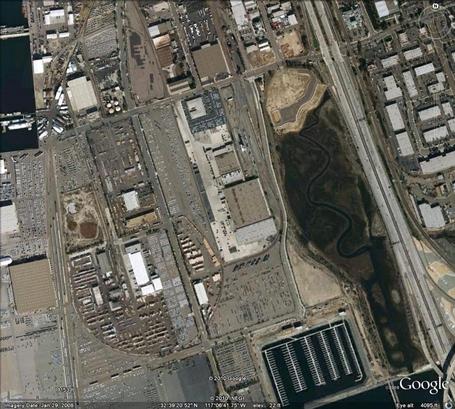 In 2006, the Chargers began negotiating with cities outside San Diego for potential sites.  The National City site was at the bottom end of the city, near the Junction of Interstate 5 and State Hwy 54.  National City's proposal never really gained any traction, due to a sluggish economy and opposition from the Port of San Diego, which was concerned about the loss of land which could lead to a loss of money and jobs.  Furthermore, this location would have required significant infrastructure improvements, including new freeway exits and a realignment of San Diego Trolley tracks.  National City backed out in May of 2007. 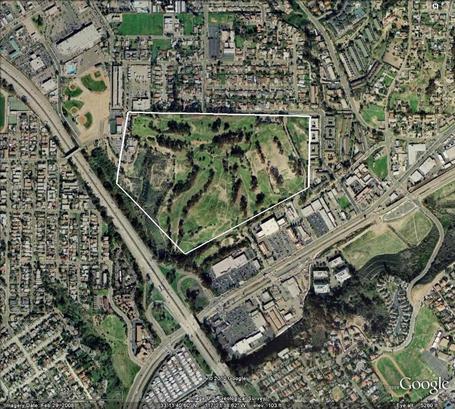 Oceanside's involvement began in January of 2007.  The first location discussed in relation to Oceanside was the old Center City Gold Course, located on Goat Hill above Interstate 5 and Oceanside Blvd.  This proposal would have called for the Chargers to purchase additional land nearby, or in other parts of the county to help offset construction costs.  One element of the proposal that was attractive was the location's close proximity to the Coaster and Interstate 5, as well as possibly luring more ticket buyers from the Orange County area.  Oceanside's proposal fell by the wayside in October 2007, as the Oceanside City Council determined that too much public money would be involved in constructing a stadium. 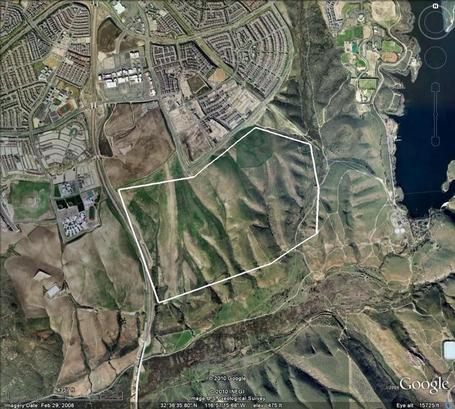 Chula Vista presented the Chargers with 2 attractive options beginning in 2006.  The first option was the site above, located in east Chula Vista near the now-completed State Hwy. 125.  The primary hurdles for the Chargers at this location involved the lack of access for freeways, and no existing (or planned) Trolley service.  Before long the Chargers shifted their efforts west, to a site along the bayfront.  Both sites however, received significant study from the Chargers in their Chula Vista Stadium Proposal. 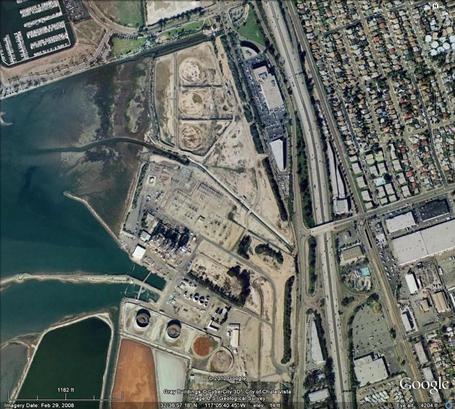 The current site of the South Bay Power Plant became the primary option in Chula Vista.  At the time, Chula Vista was also negotiating with a developer (Gaylord Entertainment) to build a convention center immediately north of the Power Plant site.   The site would have required infrastructure improvements for access from Interstate 5 as well as a Trolley Station, and also would have waited for the demolition of the Power Plant.

However, more than anything else, what killed this possibility was infighting between members of the Chula Vista City Council.  Mayor Cheryl Cox was the prime mover in the development of the convention center, while the prime supporter of the Chargers move was Councilman John McCann.  In the end, the Chargers decided that Chula Vista was not in position to get a stadium built, primarily due to the continued presence of the Power Plant, as well as a lack of political will. 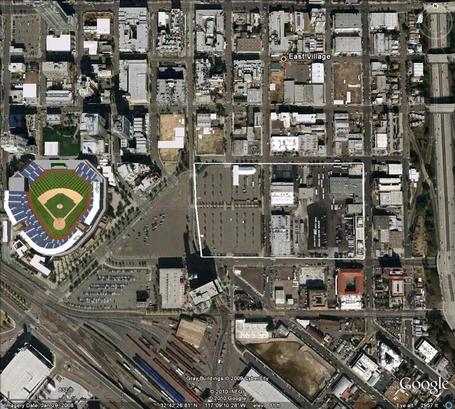 Late in 2009, the Chargers revealed that they have begun discussions with San Diego about a stadium located immediately east of Petco Park.  However, due to the limited amount of space available for development (15 acres), the Chargers also announced that they would require a significant public contribution.  Among the advantages named in this location, is the ready access for the Trolley, as well as 3 freeways within 5 minutes of the site, which would significantly lower infrastructure costs.  Also, because the site is located in "redevelopment zone" there is the possibility that money could be shifted towards a stadium project.

The search for a new stadium, in a nutshell.  Next time... What's the matter with Qualcomm Stadium?