New Chargers Stadium Thoughts and Musings, Part 1: What is Past is Prologue

Share All sharing options for: New Chargers Stadium Thoughts and Musings, Part 1: What is Past is Prologue

Now that the offseason has begun, one of the biggest issues facing the San Diego Chargers going forward is the issue of building a new football-only stadium.  At the moment, the Chargers appear to be focusing most of their efforts on a site located east of Petco Park in downtown San Diego.  Certainly, I will be giving updates as more information comes out from the city of San Diego, as well as the Chargers.

This is a complicated issue, and while I generally support the idea behind a stadium, I certainly understand, given the economic conditions, why many persons in the city and county of San Diego oppose any public contribution towards a privately-owned NFL franchise.

Going forward, I will be looking at this stadium issue from a number of different perspectives.  However, for the initial effort in this series, I want to take a look back at the locations the Chargers have called home for their 50-year history.

More below the jump

The Chargers played their first game in front of 17,724 fans inside the Coliseum, then the home to the NFL's Los Angeles Rams.  The Coliseum had a capacity of over 100,000 seats, and the poor attendance, despite the Chargers inaugural season record of 10-4 and loss to the Houston Oilers in the AFL Championship Game, was the primary incentive for then-owner Barron Hilton to move his team to San Diego.  Interestingly enough, the Los Angeles Dodgers also played at the Coliseum during the Chargers' 1st year of existence. 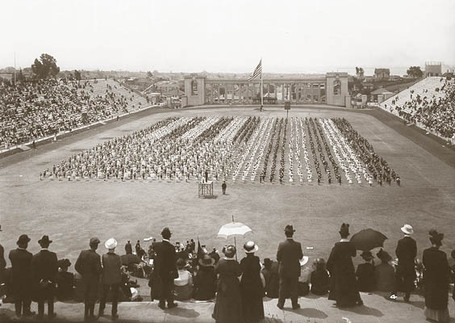 Prior to the Chargers' move to San Diego, Balboa Stadium required significant modernization.  Originally called City Stadium, it had been built in 1915 as part of the Pan-American Exposition, with a capacity of 15,000.  Hilton's move to San Diego forced the city to add a 2nd level, which increased the capacity to 34,000 spectators. 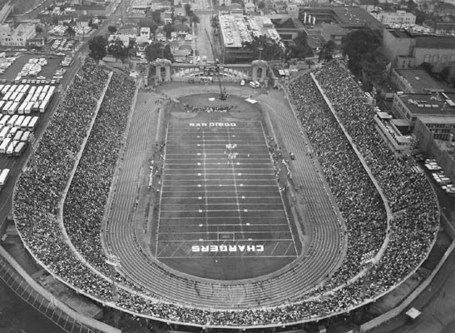 The Chargers enjoyed their greatest sustained success in this stadium until 2004-2009.  During the 6 years they played in Balboa Stadium, the Chargers compiled a record 51-28-4, with 4 AFL Western Division Titles and the 1963 AFL Championship, a 51-10 home victory against the Boston Patriots.  Furthermore, it was in this stadium that Head Coach Sid Gillman originated the most creative offense in the history of Pro Football.  Gillman was also a major influence on San Diego State's then-Head Coach, Don Coryell.  If Gillman is father of the modern game, It could well be argued that Balboa Stadium was the cradle.

The ongoing success of the Chargers, as well as the possibilty of obtaining an MLB franchise, would soon force San Diego to build a modern stadium.  San Diego Union sportwriter Jack Murphy was instrumental in pushing for such a faciltiy.  San Diego voters approved a $27 million bond in 1965 to begin construction of a new multi-purpose sports facility. 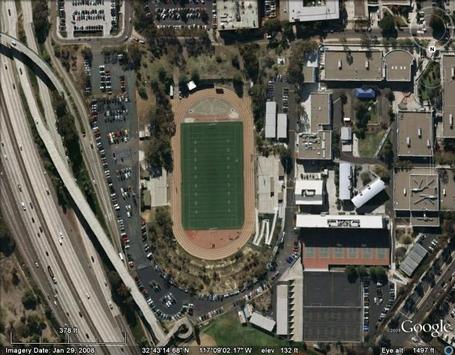 The Chargers began playing at then-San Diego Stadium in 1967.  The facility's original capacity was 50,000 spectators., and featured a completely open end on the eastern side.  They were joined by the San Diego Padres in 1968 (as a Pacific Coast League team, then a MLB team in 1969), and remained co-tenants with the Padres through 2003. 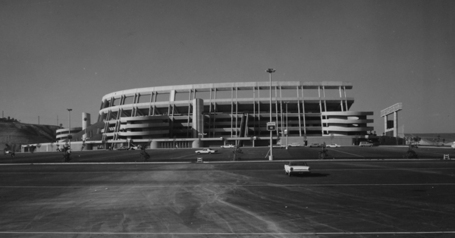 The Chargers struggled through most of their early years at San Diego Stadium, until the return of Don Coryell to San Diego.  The Chargers, during the "Air Coryell" period, won AFC West titles in 1979, 1980, and 1981, advancing twice to the AFC Championship Game, and rewriting the NFL offensive record book in the process.  The name was officially changed to San Diego - Jack Murphy Stadium in 1980, earning the stadium the nickname "The Murph." The stadium retained this appearance until 1983, at which point 9,000 bleachers were added.  A larger scoreboard was also added. 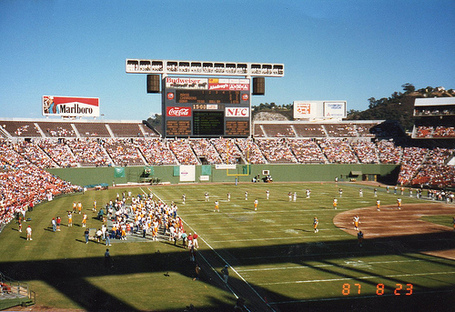 By and large, the stadium retained this appearance until 1997.  Temporary bleachers were added along the field level, and behind the endzones to increase the capacity to 71,000 for Super Bowl XXII, the first of 3 Super Bowl hosted at the stadium.  In the early 1990s, many of these temporary seats were added during football season, increasing capacity to about 64,000.  In 1995, the city of San Diego and the Chargers agreed on a $78 million dollar expansion of the stadium, which added 11,000 permanent seats.  The resulting changes closed the east endzone, modified the loge levels to "Club Seating," and added 4 Club Lounges.  This agreement also provided a provision for the city to purchase unsold tickets to prevent blackouts (the notorious "ticket guarantee"),and was unsuccessfully challenged in court (former City Attorney Michael Aguirre was prominently involved).  In exchange for $18 million, the city allowed Qualcomm to place it's name on the stadium.  These changes allowed San Diego to host 2 more Super Bowls (XXXII, and XXXVII).  The Chargers have seen their lowest low (a 1-15 season in 2000, Ryan Leaf from 1998-2000), and their most consistent stretch of good football since the expansion (from 2004-2009, a 66-31 record, and 5 AFC West Division Titles). 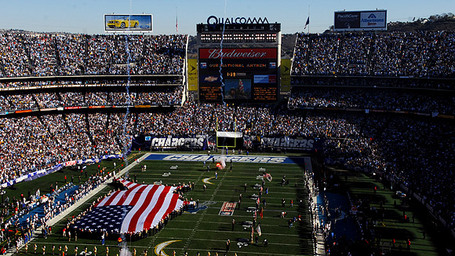 Qualcomm, the Los Angeles Coliseum, and the Hubert H. Humphrey Metrodome in Minnesota are the only facilities to have hosted a Super Bowl, MLB All-Star Game, and a World Series.  As of this writing, Qualcomm has been in service since 1967, a 42-year stretch.  Only one NFL team has played in the same home stadium for a longer consecutive stretch - the Green Bay Packers.  Considering the importance that the San Diego Chargers have in the development of the modern game, it's a shame that Qualcomm does not have the same level of reverence as other sports facilities around the country.

There's a lot of history on this field.  Qualcomm Stadium also has a lot of wear-and-tear.  Like it or not, Qualcomm will not last forever, and will become hopelessly outdated within the next 10 years.

The Chargers history, as well as much of the modern NFL game, was made on this field, inside this stadium.  The Chargers future in San Diego, unfortunately, will take place somewhere else.

Next in Part 2:  Stadium Locations that have been discussed and discarded.