I'll be at Chargers training camp tomorrow and I'll bring a camera with me to see if I can snap any good pictures at practice, but the Associated Press has done a great job of photographing the teams practices thus far.  More of their pictures, including a really cool shot of Gartrell Johnson, are after the jump. 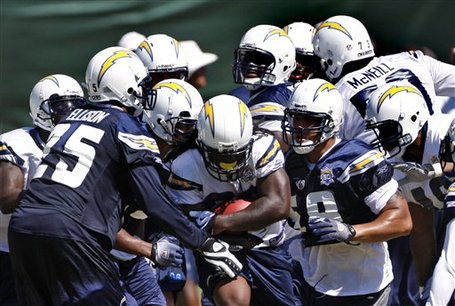 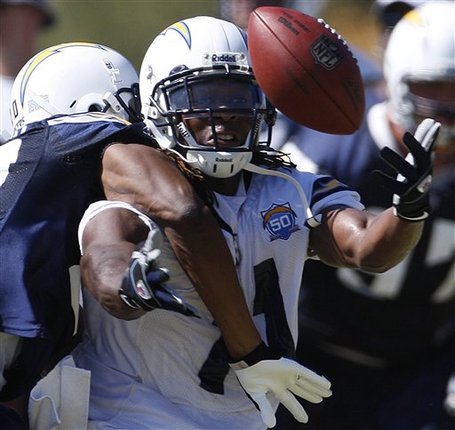 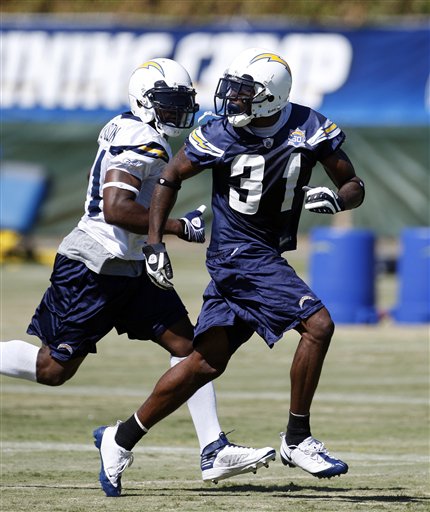 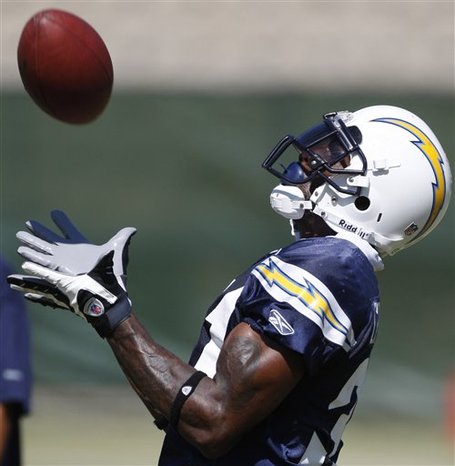 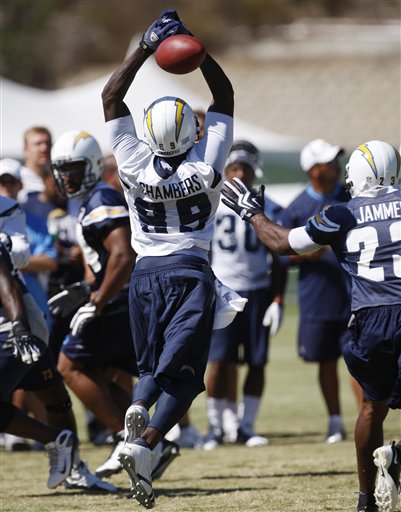 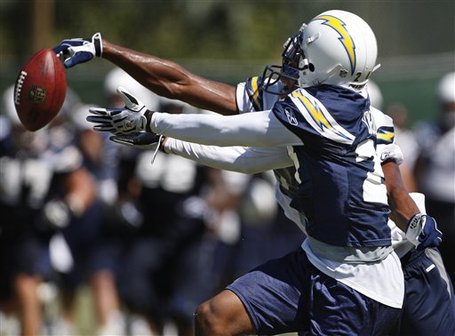 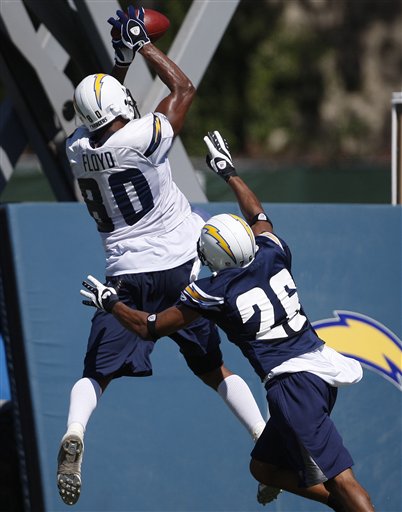 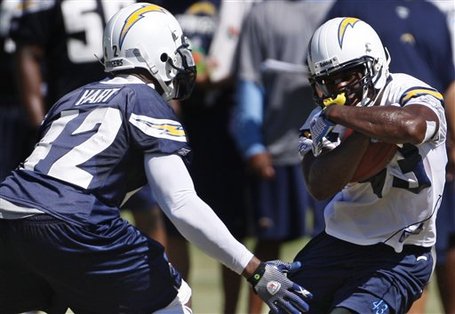 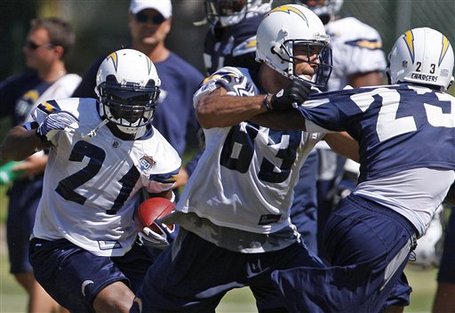 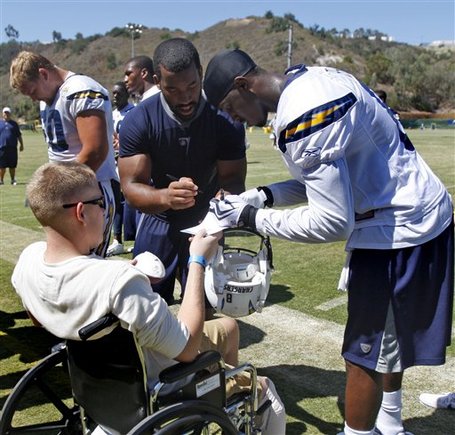 Okay, so the caption to this picture says that the other guy signing autographs for the wounded United States Marine is Larry English.  However, I don't think that's Larry English.  I think it's Stephen Cooper.  As a matter of fact, I think that's English's head directly over Cooper's right shoulder.  I could be wrong though.