The big news of the day is that Bolts From The Blue has been granted media credentials for Chargers training camp in San Diego.  Since I am cross-country and not a billionaire (unfortunately), I will be coming in for a weekend.  With fans not able to watch the team practice at this year's training camp, I'm hoping to fill the void by being your eyes and ears while I'm there.  I am sure lots of interviews, pictures, tweets and general thoughts will come out of my time there.  The weekend of fun starts on Friday, August 7th.

If you missed the first day of pictures (including shots of Philip Rivers, Shawne Merriman, Gartrell Johnson, Buster Davis and more), you can find them here.  After the jump, images from the second day of Chargers training camp, with pictures of Vaughn Martin, Brandon Siler, Tyronne Green and others. 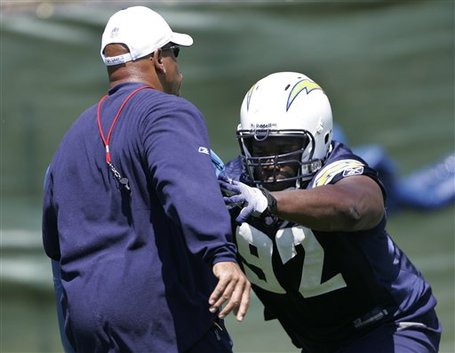 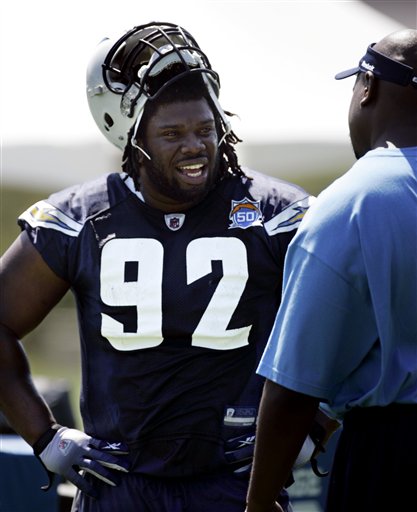 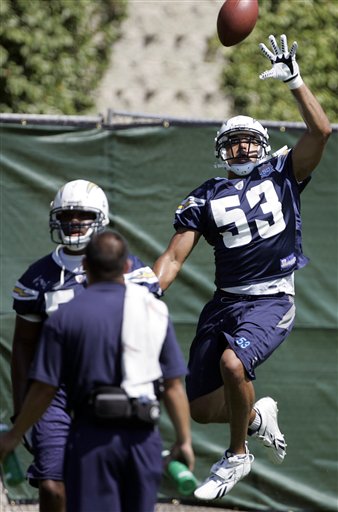 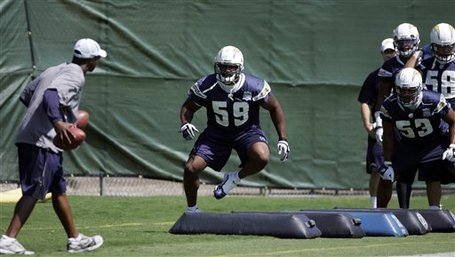 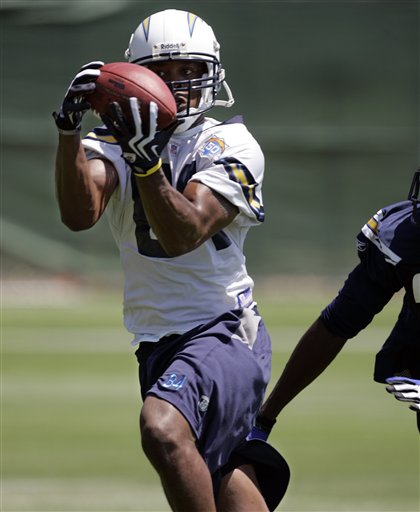 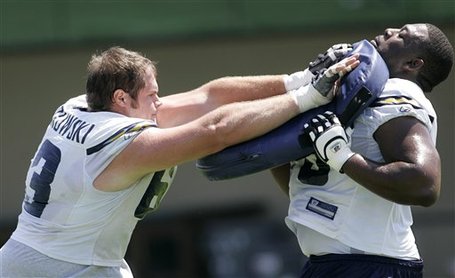 What I See: Don't go crazy over Buster Davis just yet.  I may be mistaken, but I think he's the only non-camp invite or UDFA that's there for Rivers to throw to.  I'll be more impressed if everyone is still gaga over him after Vincent Jackson, Malcolm Floyd, Legedu Naanee, Chris Chambers and Antonio Gates get there.

I have no idea why, but that picture makes me like James Holt.  He looks very athletic there. I hope he makes the team because I thought he was a really talented college player.

Does Vaughn Martin's helmet look weird to anyone else?  The shape just doesn't look right.  Did he have to get a custom-shaped helmet for his head?  By the way, here's my stance on Martin right now: The man is obviously huge, strong and explosive.  I've also seen proof that the guy is very intelligent and one of the hardest workers on the team already.  Now, if he's athletic as the Chargers say he is, I think he's the starting DE by Thanksgiving.  There's no way somebody is that big, that strong, that smart, that hard-working and that athletic and the team is just going to stick him on the bench.  I think this was a pick made for Ron Rivera and I think he's eager to get his pet project on the field.