Day one and we're already packed with Training Camp photos from Chargers Park.  After the jump, a collection of your favorite stars and a couple of rookies as they get into their football groove. 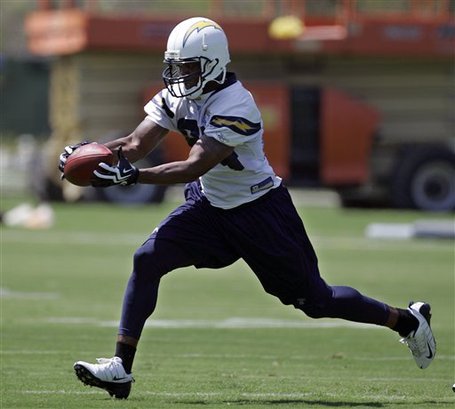 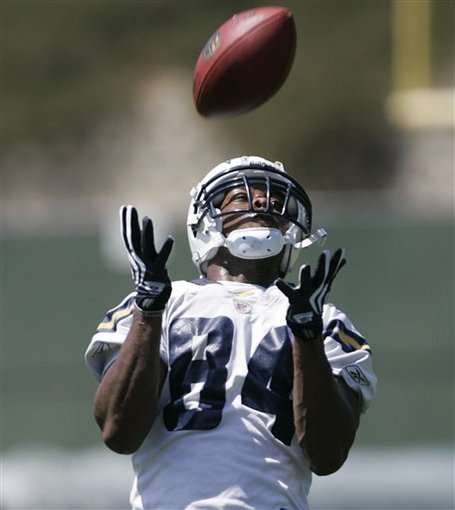 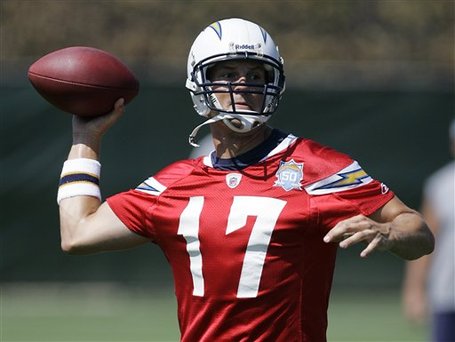 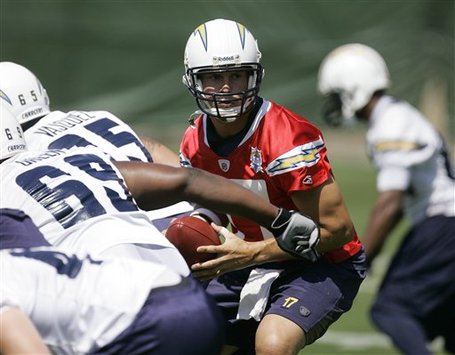 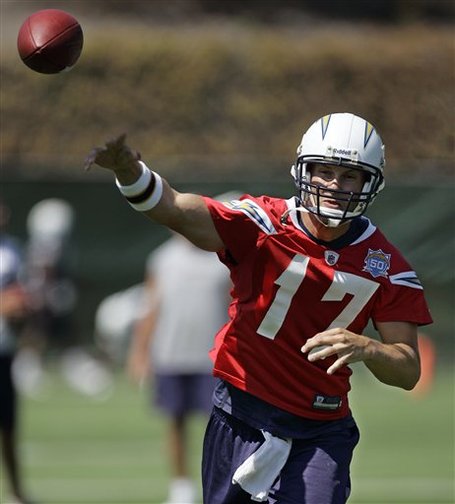 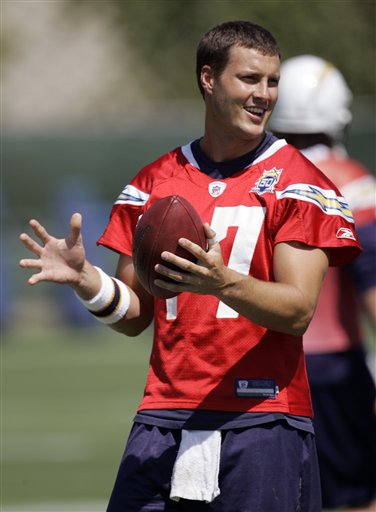 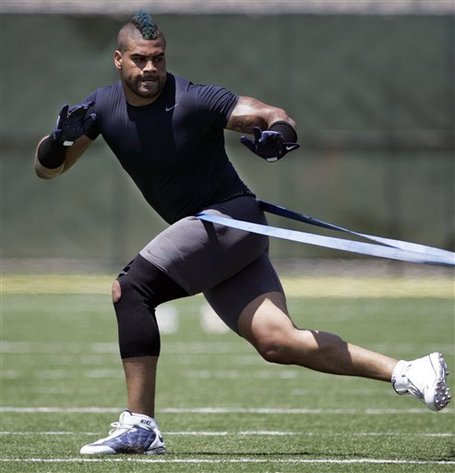 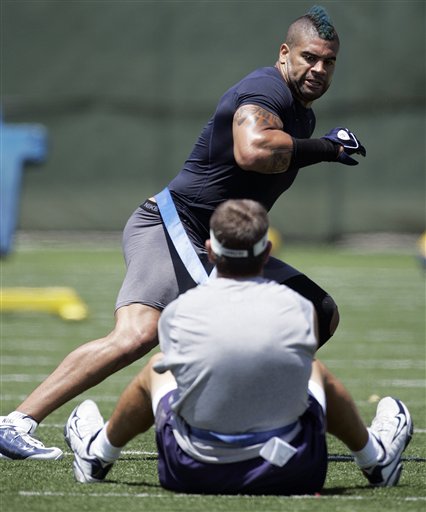 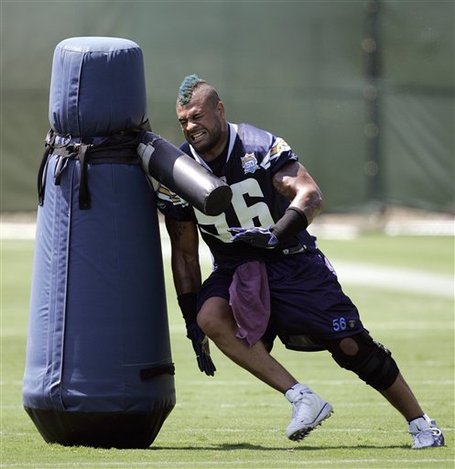 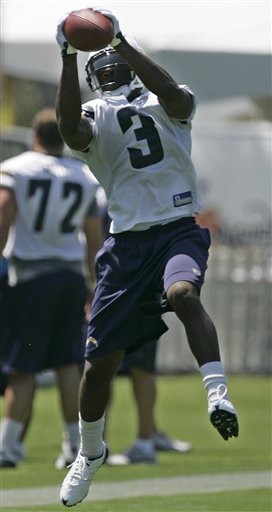 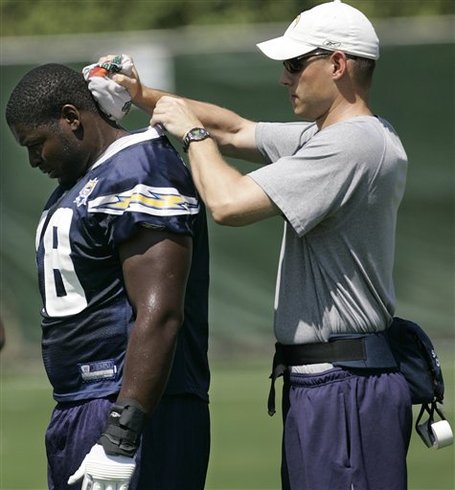 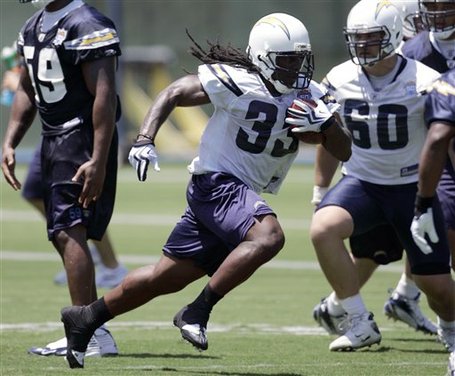 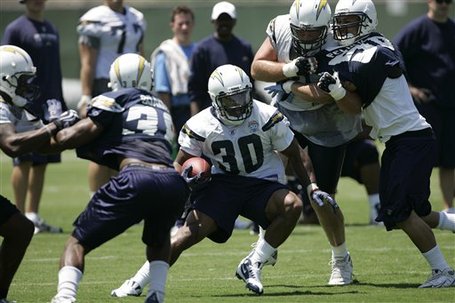 What I See: First off, in that Kestahn Moore picture....that's holding.  But it's training camp so it doesn't matter.  Secondly, I love Merriman's blue mohawk.  I hope he keeps it all year.  He looks like he's really testing that knee too, which is a great sign for the first day of camp.

There's one thing I wanted to point out to go along with the Tyronne Green discussion that's been going on.  If you look at the second Rivers picture, you'll see both Green and Vasquez.  However, Green was definitely not the one snapping the ball to Phillip.  Right now, when it would make the most sense to give him some reps at Center, it appears the team is running with Green at LG.  It was probably just temporary, the team trying to keep Green a versatile linemen, but it struck me as odd.

Also, look closely at Gartrell Johnson's legs.  I think if I swung an aluminum bat at his thigh or calf he wouldn't even feel it.