Chargers By The (Jersey) Numbers: #9

Share All sharing options for: Chargers By The (Jersey) Numbers: #9

I was thinking about #9 since we started this thing.  I was wondering if it would be competitive.  I knew who I thought should probably win it, but I wasn't considering anyone who had worn #9 in the 80s or earlier.  I was surprised by some of the names I saw, including a couple of legendary quarterbacks, but I still don't know if this is much of a competition.  A breakdown of the nominees and the winner after the jump. 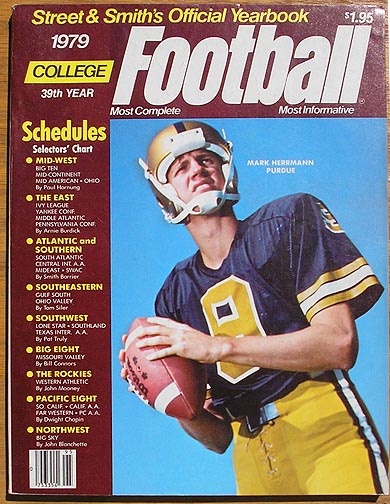 Mark Herrman - Mark Herrman is a former Sammy Baugh Trophy winner as the best passer in college football.  Unfortunately, his talents did not translate as well to the professional football field.  Herrmann appeared in just 40 games during his 11 year pro career, completing 334 passes in 561 attempts (59.5%) for a total of 4015 yards. He threw 16 touchdown passes and was intercepted 36 times.  Hermann spent three seasons with the Chargers, as the backup for Dan Fouts in 1985-1987.  During that timespan he started 7 games, with the team winning only one of those. 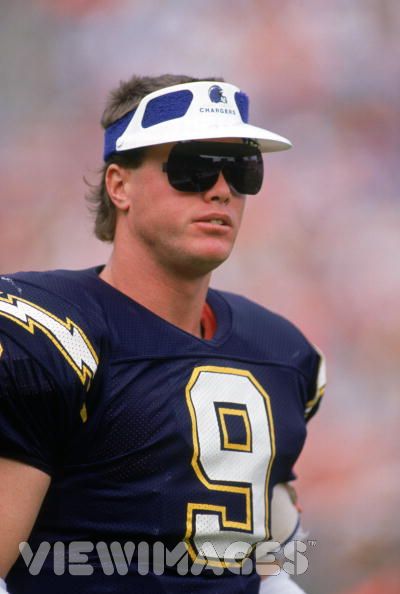 Jim McMahon - Jimmy Mac wasn't much of a quarterback.  In the span of his career he only had two seasons in which he completed more than 60% of his passes.  Even in 1985, when he made the Pro Bowl as part of the undefeated Super Bowl Champion Chicago Bears team, he threw 15 TD against 11 INTs and completed 56.9% of his passes.  However, after dealing with Mark Malone and Babe Laugenberg as the signal callers in 1988, the Chargers were desperate for a leader to take snaps from the center.  Enter Jim McMahon and his ego.

McMahon started 11 games for the 1989 Chargers, going 4-7 in those games and completing only 55.3% of his passes.  He threw 10 TDs and 10 INTs before clashing with other players, coaches and the front office due to his lackluster play and ego.  He was benched for the final four games of the season and released in the offseason. 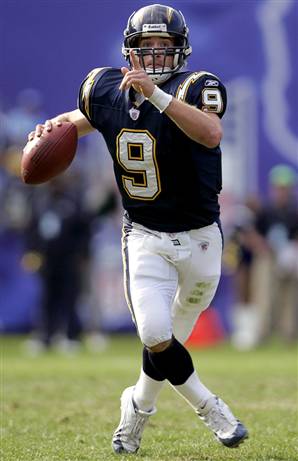 Drew Brees - The polar opposite of Jim McMahon, Brees was self-effacing and accurate.  Actaully, if it wasn't for a poor performance in 2003 by Brees he'd probably still be the QB of the Chargers.  Look at how that season sticks out like a sore thumb compared to his other seasons with the Chargers:

Since going to New Orleans, Brees has not completed less than 64.3% of his passes in any of three seasons.  Brees' poor year helped the Chargers get the number one pick in the draft, which turned into Rivers, Merriman and Kaeding.  So without that poor year, the Chargers have no reason to replace Brees and don't have a high enough pick to get one of the big three QBs from the 2004 draft.  Still, as Sporting News pointed out in their interview with Rivers, it appears that everything has worked out perfectly for everyone.  Brees has become a greatly-appreciated savior in New Orleans, Manning helped the Giants win the Super Bowl and the Chargers received three Pro Bowl-caliber players that hopefully help them to get a championship of their own.

So, that's it.  Although Brees only played four years as the Chargers starter, he was quite effective for three of those years, he quarterbacked the team back to football relevancy in 2004 and his one poor year seems to have helped the Chargers and himself in the long run.  Brees will represent the #9 Chargers jersey, becoming the third quarterback chosen.  Now the question is, where will Brees land as we eventually debate all-time Chargers QBs?