Chargers By The (Jersey) Numbers: #17

Share All sharing options for: Chargers By The (Jersey) Numbers: #17

Although there have been seven different Chargers players that have worn the #17 jersey, it would be silly for me to pretend there was actually a competition here.  Consider this another "lock" post, similar to #14 with Fouts.  Your winner.... 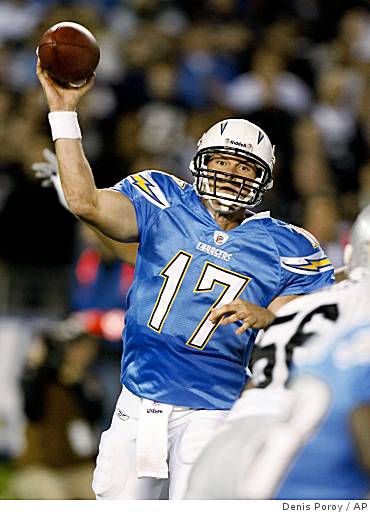 Philip Rivers, QB. Stats and history after the jump.  Share your favorite Rivers memories in the comments section.  The vote for the best Chargers QB ever will have to wait for one more QB. 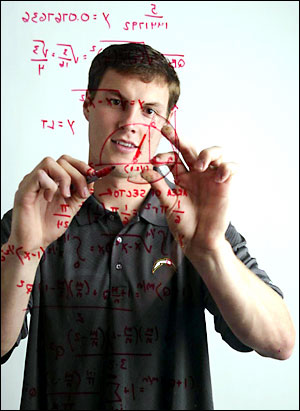 I know I've posted this picture before, but I love it.  I love that Ben Roethlisberger is riding motorcycles, Eli Manning is living it up in NYC and Rivers is either at home with his wife and kids or breaking down plays.  Although he can match the other two QBs in terms of physical skills, I think it's the cerebral part of his game that eventually lead him to have the best career of the three.

Let's go over his stats.  I'm going to ignore his first two years as a "backup".

That's quite the third year, huh?  With the running game sputtering in 2008, Rivers threw the team on his back and became a better player while doing it.  Philip was a very good QB in 2007, one who got better late in the season and in the playoffs, but he exploded as a top 5 (maybe top 2 or 3) QB last season.  And there's no reason to think that 2008 was a fluke, because it's not as if he had a running game or a defense that made him look particularly good.  The only advantage he may hold over other QBs around the league is a punter that can help in the field position game.  Simply put, Rivers kept the team from falling into the gutter last season and was the only reason the Chargers made it into the playoffs.

I know the QB Rating stat is almost outdated, but I still believe it's a good barometer for how good of a passer the QB is.  To get a high QB rating, you have to be accuracte, avoid mistakes and take what the defense gives you.  That's what a smart QB does, and that's what Rivers does.  So....just how impressive was that 105.5 QB Rating last season?  It was tops in the league.  Let's look at the top 5 and see how close they were.

That's quite a jump.  Without question, Philip Rivers was the best quarterback in the NFL during the 2008 season.  But with such a big drop-off between him and the number two guy, it's hard to figure out just how good he was last season.  Let's look through all of the 100+ QB Rating seasons for active NFL QBs and see if we can find some more comparable seasons.

Wow, that's both amazing and a little bit scary.  Amazing because statistically Rivers' 2008 season was the 5th best amongst active quarterbacks.  For those people asking if Rivers is in the class of Manning and Brady yet, yes he is.  Both Brady and Manning have had a record-breaking season that Rivers hasn't had yet, but he is consistently at their level.  Actually, besides Brady's 2007 season he's never has a QB Rating above 100.  Also, I think this puts to rest the conversation of if Rivers was an improvement over Drew Brees.  That 2004 season was his last with the Chargers and his best overall, and it was still topped by Rivers.  It's also worth pointing out that the 2004 season shows up a whopping four times in the list above and was partially caused by, and also led to, new rules for wide receivers and cornerbacks.  If you take out that 2004 season, Rivers' 2008 season becomes the 3rd best and Culpepper, McNabb and Brees don't even make this list.

The part that's a little scary is that the most comparable in terms of record is Daunte Culpepper.  You never want your star QB compared to Culpepper, but if I'm being logical I know that Daunte's career was sidelined more by his injury than a loss of Randy Moss.  At one point he was a great QB.  Similar to Rivers, the 8-8 record was caused not by a poor offense but by a pourous defense.  With the return of Merriman and hopefully an improved running game, Rivers should join Manning and Warner as the only active QBs to have more than one season with a QB Rating of 100 or better and the record should improve as well.

So, I've covered the statistical side of Rivers (who needs a nickname).  It's your turn to cover his personality, his leadership and everything else you like about him in the comments or in your own FanPost.  Nickname suggestions are also welcome. 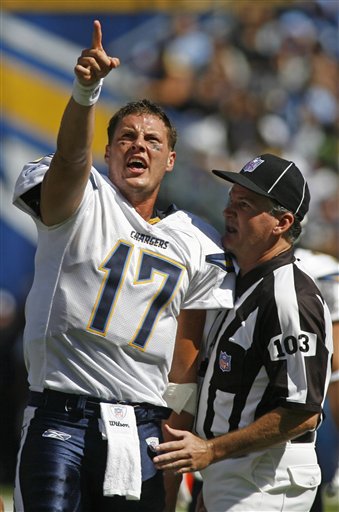