Chargers By The (Jersey) Numbers: #3

Share All sharing options for: Chargers By The (Jersey) Numbers: #3

Sorry folks, it appears we're still down in the non-competitive Special Teams numbers.  It doesn't mean it's any less of an honor, but it certainly makes for less of a debate.  So, which past or present Chargers player will represent jersey #3?  Easy.  Mr. Consistency himself.... 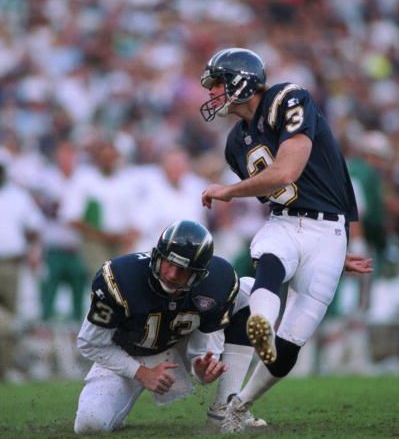 At 23 years of age, John Carney entered the NFL as a replacement player.  A "scab" as they were known.  Although he was one of college's all-time greatest kickers at Notre Dame, he went undrafted and signed on to be the kicker for the Bengals.  In 1998, with the strike ending, he became a regular player but in his four games as a Tampa Bay Buccaneer he made only 2 of the 5 kicks he attempted (none longer than 49 yards).  The following year he was active for only one game and did not attempt a field goal.

Carney spent the first four weeks of the 1990 season with the Los Angeles Rams, being active for one game and attempting zero field goals.  Then the best thing that could've happened to him did.  He was cut by the Rams and signed on as a free agent to be the starting kicker for the San Diego Chargers, who were in desperate need of someone to replace Fuad Reveiz and his 28.6% FG percentage.  Enter John Carney, who made over 90% of his kicks in that first year.

John Carney remained the Chargers starting kicker for the next decade, making the Pro Bowl in 1994 as part of the AFC Championship team after making 34 of 38 field goal attempts that year.  He missed all but 4 games in 1997 with injury, but besides that season he never missed a single Chargers game.  After the 2000 season, in which he had a below-average 72% FG percentage, the Chargers let him go and began their search for a younger, cheaper kicker that could offer more power on field goals and kick offs.  They eventually settled on Nate Kaeding, who is a younger, cheaper version of John Carney. 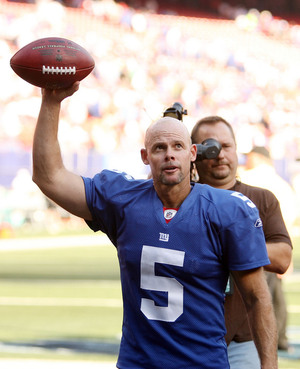 So #3 goes to John Carney, the longest-tenured kicker the Chargers have ever had.