Share All sharing options for: The Los Angeles Chargers?

Here's a topic we've yet to delve into at Bolts From The Blue, the possibility of a move out of San Diego for the Chargers.  I'll start by saying I'm no expert on the topic.  Similar to what happened with Petco Park, I'm only really aware of when there are big status changes like "Prop C was passed", "Construction has stopped" and "Construction has started."  In the past few days I went searching for some answers, with the biggest one being "Will the Chargers stay in San Diego?", and was a little shocked at what I found.

Let's start with the city of Los Angeles.  The Los Angeles Chargers were established in 1959, owned by Paris Hilton's grandfather, playing one full season before moving to San Diego.  So in those 2009 AFL legacy games the team will still be called the San Diego Chargers (unlike the Chiefs and Jets, who will be the Texans and Titans), but we'll actually be remembering their year spent as the Los Angeles Chargers.  So even if it's for one year, the team has some historical roots there. 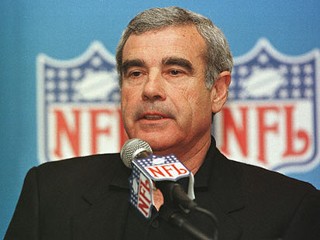 This man is Edward P. Roski, part-Owner of the Los Angeles Lakers and Los Angeles Kings.  He's somebody that you may want to get familiar with.  From Wikipedia:

He is a graduate of Loyola High School, the University of Southern California Marshall School of Business and a Vietnam veteran as a United States Marine. While attending the University of Southern California he was a member of the Gamma Tau Chapter of the Beta Theta Pi Fraternity. In 1994, Roski was awarded the Oxford Cup, the highest honor a brother of Beta Theta Pi can receive.

Mr. Roski is looking to make a similar deal with an NFL team.  He will provide the land and build the stadium to allow a team to move to Los Angeles but will ask to become part-Owner of whichever team that partners with him.  Don't think he's serious?  Oh, he's serious:

Edward P. Roski has announced plans for the stadium on the northern side of the interchange of routes 57 and 60 (almost 30 miles east of downtown Los Angeles) with the purpose of attracting a NFL team to the Los Angeles region. Roski, who built the Staples Center, stated that the new 75,000-seat stadium would be privately financed and would be the centerpiece of a new entertainment complex in Industry.

That's right.  The man has started the process of building a brand new stadium in the middle of the second largest market in the country.  Do you think that may be enticing to the Chargers?  They could escape their horrible lease with the city and the weekly worry of "Will we get blacked out?" to move to a market that ensures a sell out every game if the team is competitive.  On top of that, coaches and players will be itching to be a part of the only team in Hollywood's backyard so that they could create other careers, become superstars and grab big endorsement deals.  Finally, the cherry on top of the sundae is the money.  Between endorsement deals, more brand awareness (which means more hat, blanket and t-shirt sales), high-profile players and coaches on the team (which means more jersey sales), and sell-outs in a brand new stadium....the owners of the team would be swimming in profits (which is, of course, the reason Roski would want in).

The Los Angeles area has a population that is more than triple the San Diego area.  Fairweather fans or not, that equals more butts in seats.  The city is able to support two baseball teams, two basketball teams and two hockey teams (I'm including the Ducks).  So in a city that cares very much about making money, how could they not be participating in the most financially successful sport out there?

Now, from what I've read the fight to keep the Chargers in San Diego is hitting roadblock after roadblock.  Both the Chargers and the city of San Diego have made efforts to push forward with an $800 Million project to essentially build a new stadium in the parking lot of the Q and then demolishing the old stadium after the move.  This is what both the Yankees and Mets did to build their new baseball stadiums in the past year.  However, the city is having a bit of a money problem in today's economy and decided that they would not be able to assist in funding a new stadium and the deal fell through.  After that the Chargers began looking at other locations in the county that they could possibly move to while remaining the San Diego Chargers.

The team also stepped up and came up with a plan for paying for this project.  Along with building the stadium they would build a surrounding "community" for commercial, residential and retail uses.  They would then use the profits made from the surrounding community to pay for construction of the stadium, saving the taxpayers money.  However, stadiums are expensive and for this plan to work the Chargers would need to get the right amount of land and they'd need to get it for free (or very cheap).  This way they'd be making money from residents and renters (businesses) with very little money given back to the city for the land.  This equals great profits immediately, which would help fund the stadium, and even greater profits after the stadium is built and the team is moved.  It's not a ridiculous demand, but it's not the easiest one to accept either.  Especially when you consider how many local businesspeople would want to build and own the area around the new stadium. 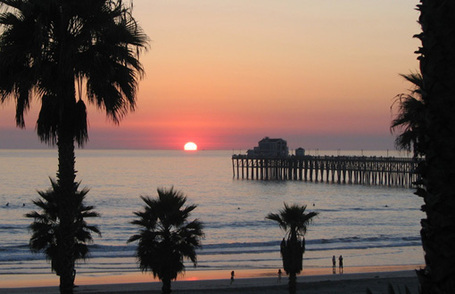 First up, Oceanside.  I think the Chargers moving to O-side would be great.  I mean, don't get me wrong....I'm a Gaslamp Quarter guy and would rather make a 10 minute ride to Mission Valley than the 40-60 minute ride up to Oceanside (especially with traffic).  However, it would bring in a lot more fans from L.A., Riverside and Orange county.  I, for one, think the more fans we can bring in while remaining in San Diego County the better.  Also, the site the team was looking at offers easy access for two freeways as well as passenger rail lines.

Now, the problems.  The site that Chargers were looking at is right now The Center City Golf Course.  So for them to even consider building there they would first need the support of the voters to rezone the land.  Before that has even happened though, there have been concerns.  Residents of the area are concerned about the traffic and environmental problems the new stadium would cause, especially during games.  The Chargers are concerned that the area may not be strong enough to support the surrounding community, at least not enough to completely fund the construction of the stadium.  Because of both of these concerns Oceanside has dropped it's stadium proposal.

Next, National City.  Similar to Petco Park the proposed site from National City is right on the bay, located east of the 24th Street Marine Terminal (see pic above).  Now this move would be a little risky because it'd be moving even further away from North County, L.A., Riverside and Orange County where a lot of season ticket holders reside.  However, it would provide a really cool waterfront community to fill with condos and businesses.  I don't think the Chargers would have any problem filling the surrounding community with a location so close to downtown and right on the waterfront.  However, a little over two years ago National City had to drop it's stadium proposal due to problems with land ownership. 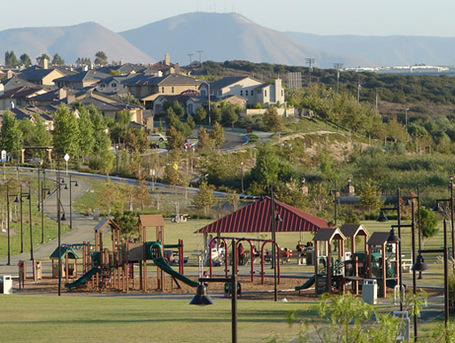 Finally, there's Chula Vista.  Unless something changes it appears that Chula Vista might be San Diego's last chance to keep the Chargers in the county.  The good news is that unlike the other two cities, Chula Vista has proposals at five different sites.  Again from Wikipedia:

Each one of those options has it's pros and cons.  And while I do think the Chargers moving to L.A. could be good for the team, as a fan I'd much rather see them end up in Chula Vista.  However, their moronic mayor has me wondering if this could even work:

The mayor of Chula Vista has suggested that a stadium deal could involve the team being re-branded as the "Chula Vista Chargers". The team's spokesman did not completely reject the notion, but indicated that such a condition would only be considered if the stadium was entirely publicly-financed.

I think that guy woman may be taking his her job a little too seriously.  Nonetheless, this is me reaching out to some of you who may not have been following this news and saying it might be time to panic.  What do you guys think?  What have you heard?  What are you hoping for?