Here was how I started the preview for the last Broncos/Chargers matchup.

So, the bye week sucked, huh?  Back to business in a big way this week with the Week 6 AFC West Championship Super Bowl Extravaganza (W6AFCWCSBE for short).

I also predicted that all hell would break loose if the Chargers lost, but I was wrong.  I had failed to think that the Chargers could play a good game, show some promise, and still lose the game.  Silly me.  Anyways, the stakes are even higher for this week's game, which shall be dubbed the Week 11 AFC West Championship Super Bowl Extravaganza Spectacular (W11AFCWCSBES for short), aka the Unofficial AFC West Championship Game.  How exciting!

When the Broncos Have the Ball 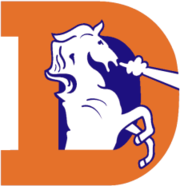 Why does the Bronco have a horn?  Is that really a unicorn?  I think that's a unicorn, and an underfed one at that.

According to what I've picked up talking to Broncos fans over at MHR, their recent slide has more to do with the defenses problems stopping the run than anything that's gone wrong with the offense.  The poor offensive output against the Redskins had everything to do with trying to comeback with a backup QB who hadn't been in an NFL game in years.  So, in looking at the numbers, things should be relatively the same to the last time these two teams met. 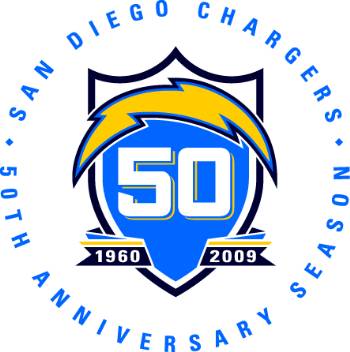 In most of these game previews, I stuff the thing full of facts and stats.  Before the Week 6 game, perhaps because the game meant everything to the Chargers and we were all hoping for a performance we hadn't yet seen, I posted almost no stats and instead went for opinion and conjecture.  How's that for journalistic integrity?  Anyways, even without having anything to compare it to.....let's take a look at the current stats for the Bolts D.

Advantage: N/A.  I can't know who has the advantage here without know who is starting at QB.  Even then, since I have no idea how bad Kyle Orton's ankle is or how much better Chris SImms can be with a week of practice, it would be difficult.  Looking at the stats alone, the Broncos offense is very average.  It'll be San Diego's job to try to keep them there and keep their playmakers in check. 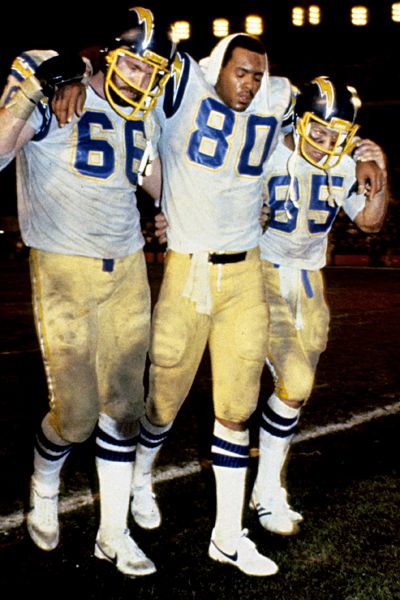 This seems as good a time as any to announce that BFTB interviewed Kellen Winslow last night.  I'll try to post the transcription of the interview later today, but it's more likely that I'll find time to get it up tomorrow.  Kellen was awesome, had a great sense of humor, and talked a great deal about Air Coryell vs. the 2009 Chargers offense.  Really, really interesting stuff.  Also, his pick for the greatest TE of all time took me completely by surprise and it probably will for you too.

A look at the Chargers stats and rankings: 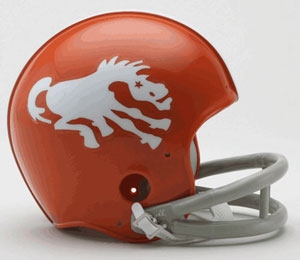 Where, oh where, has that vaunted Denver Broncos attacking 3-4 defense gone?  Well, the easy answer is that although the Broncos were able to bring in top-tier talent to start and therefore turn around the team in a hurry, it takes more than one offseason to build talented depth behind those players.  Now that the Broncos are beginning to battle a few injuries, and the veterans are starting to lose that extra pep they had in the beginning of the season, players with flaws in their game are getting on the field.  Let's see what the stats say.

I don't know fellas.  Three game skid or not, the stats are saying that this is still one of the best defenses in the league.

Advantage: Tie.  So the passing game is great and the running game stinks.  What else is new?  The offensive unit, led by Philip Rivers, has been effective all season.  Usually, if the Chargers defense can hold the opponent under 30 points (which they couldn't the last time they faces the Broncos), there's a good chance the Bolts walk off the field with smiles on their faces. Unfortunately, that may not be the case when you're facing a strong defense on the road when they held you to 23 points when you played at home.

I have no idea who wins this game.  I think the Chargers' momentum and the Broncos' home field advantage cancel each other out.  I also think Orton and Simms are entirely capable of running the type of offense (short passes) that can just kill the Bolts.  The key to this game, for me, is how often Ron Rivera turns up the blitz with Kevin Ellison, Eric Weddle, Steve Gregory and Paul Oliver.