Rivers is the next Fouts

Share All sharing options for: Rivers is the next Fouts

Or perhaps Philip Rivers is the next Rivers… Dare I say a step above Fouts?  Rivers being snubbed for the Pro Bowl really got me thinking.  Not to mention watching his performance Sunday, matched up against Pro Bowler Jay Cutler. 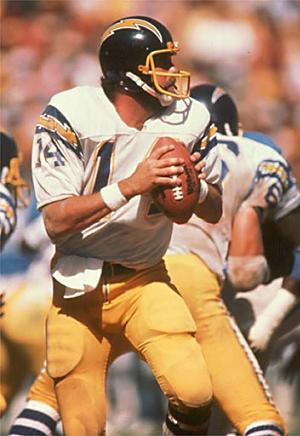 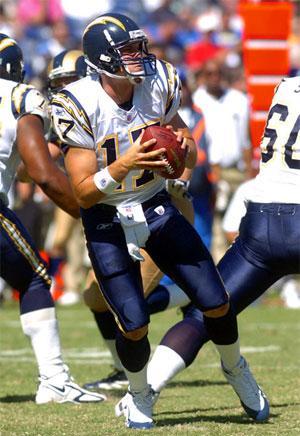 Philip Rivers’ 2008 season is one of the greatest statistical feats by a Charger quarterback ever.  Philip Rivers threw 34 Touchdowns and for over 4000 yards.  In 1981 Dan Fouts threw  33 Touchdowns and almost 5000 yards, but by that time Fouts was in his 8th full season.   So let’s take a little look at how the two greatest Charger quarterbacks stack up against each other over their first three seasons as a starter.  As well as how each quarterback’s best seasons match up. 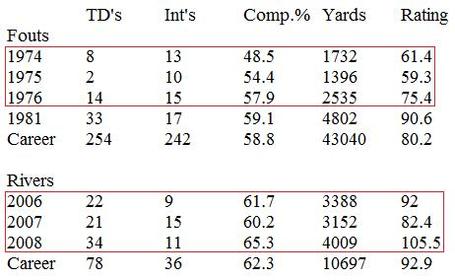 Now I know this comparison is not fair and might not mean anything, but it’s still interesting.  Fouts came into the league with a terrible team.  He inherited a Pinto, while Rivers was given the keys to a Ferrari.  But both teams were Run oriented.  Even though the Chargers of the mid ‘70’s put up terrible numbers almost half of the offense yardage came on the ground.  There wasn’t a feature back like LT, but in 1973 the Chargers rookie Running Back, Don Wood did rush for over a 1000 yards.

After 1976 the Chargers passing attack really started shaping up.  And when Air Coryell showed up it was just crazy.  We could very well be seeing a similar transition, with this year being the turning point to the passing game.

In the years to come, the Chargers would look good using multiple Backs with a focus on the pass.  LT says he’ll only play three more years and his role is changing.  As with Fouts, I see Rivers having a long career with the Chargers.  He could very well be our star player until the 2020 season, surpassing all of Fouts’ numbers and just maybe Marino’s and Favre’s too.

My man crush for Philip is only growing stronger.  I’m ready to retire number 17 today.  And Justice would be served if Philip Rivers is named the 2008 NFL MVP.