Mims went all the way back to the Bobby Breathard era.  A rare first round choice out of Tennessee that wasn't traded away in 1992.  Mims was an impact player from day one, racking up ten sacks in his rookie season.  He had a sunny disposition which didn't always sit well with coaches, but he was tearing up the pocket and getting at the QB those first years.  Linebacker Gary Plummer recalled ""He was just a happy-go-lucky guy. Coaches don't always like a defensive player who's jovial and laughing all the time. They want somebody who's going to go out and rip someone's head off. That wasn't Chris."  Mims went on to pick up 28 sacks those first three seasons despite only starting in seven his sophomore year.   He picked up eleven in 1994 the Chargers only super bowl run. 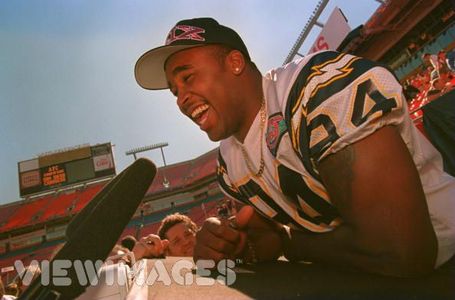 Jamal Williams was just a rookie when he met Mims remembered Mims as “One of those guys who'd walk into a crowd and make everybody smile, just off his aura alone.”  Long snapper David Binn recalled how " “He was one of the personalities of the locker room, for sure. He was always laughing, smiling, having a good time.  We'd get on the plane on road trips and it was like a comedy show, Chris and other guys going back and forth. Reuben Davis. Shawn Lee. Deems May. All those guys laughing in the back of the plane.”

He called himself the 'Fat Doctor', tipping the scales at 300 pounds which was more unusual back then.  Something went wrong after that 1994 season; his sacks went down to two the next year.  He reportedly did struggle with alcohol; perhaps that was the year it really caught up with him.  He was a bit better the next year, before moving on to the Redskins for the 1997 season.  The Bolts picked him back up for two more seasons after his brief stint with the Redskins, but reportedly neither side was happy about the situation.  In 1999 he was charged with assault and stealing tacos in a bizarre late night incident; and that was it for the Bolts.  Mims tried hooking on with the Bears, but was released when he overslept for a morning practice.

Reminiscing on his time with the Bolts; I think about how much entertainment and pure fun I had watching that 1994 team.  Watching on Sunday for me creates some kind of bond, where, even 14 years later, it is terribly sad to think about him passing away young and apparently alone.  While I never knew him personally, I know the world is less fun now that he is no longer in it.